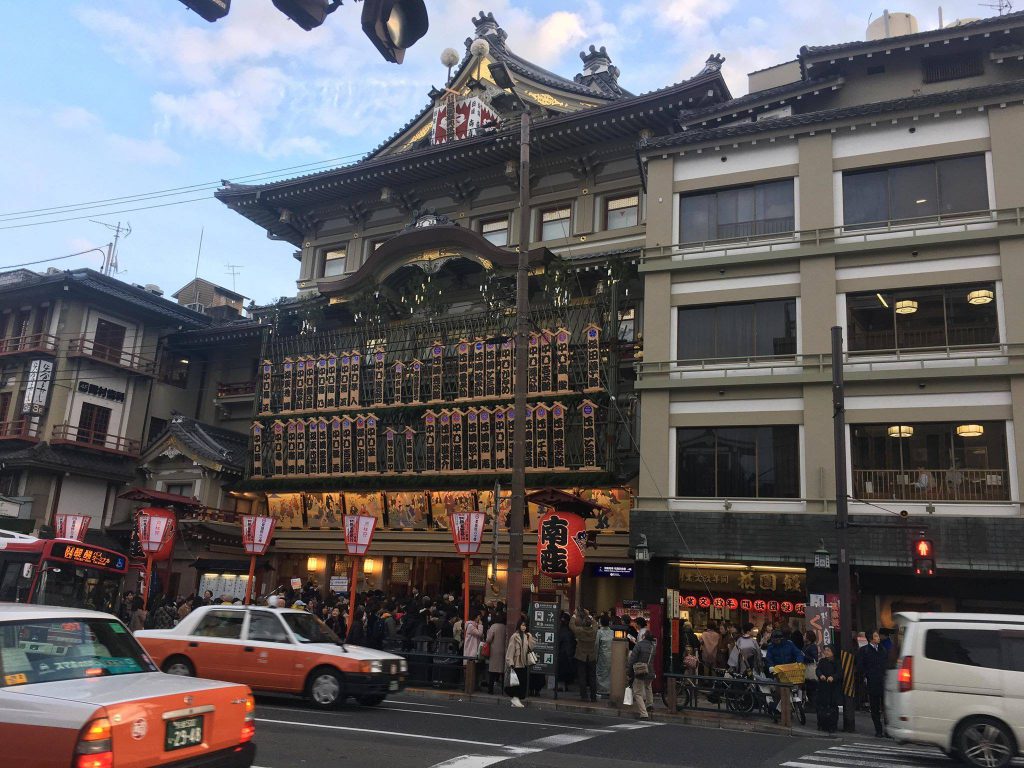 Going to see a kabuki performance

On Thursday, December 5th, 2019, I went to see the first kabuki performance of my life. I am an international student from South Korea, and at Doshisha University where I study, I’m taking a class called “Japan’s Traditional Performing Arts.” Just as I went to see this performance, I had just started to learn about the history and current form of kabuki, and I was extremely interested in the art form at that time in particular. I had the opportunity to see the evening performance of “The Festive Kaomise Production: Grand Kabuki Starring Actors from East and West,” commemorating the first anniversary of the grand re-opening of Minamiza in Gion, Kyoto.

Kabuki is a form of traditional Japanese theater, made up largely of dancing and song, and acting. During study abroad, kabuki was an aspect of Japanese culture I’d often heard of in my textbooks and other media. But there are few chances to experience kabuki in everyday life, and it was only after taking this class at school that I was able to really learn about the deeper aspects of the art.

Some points to know in advance 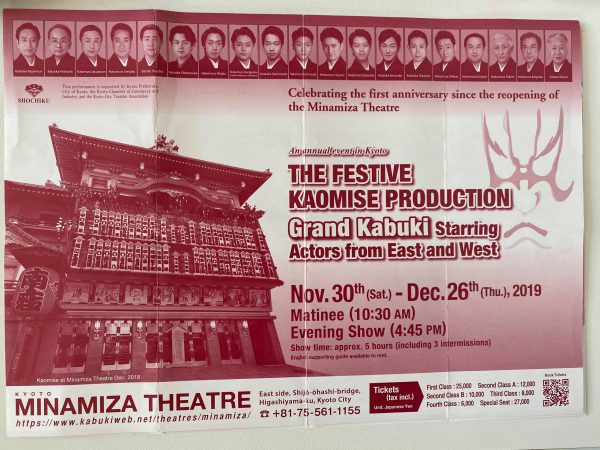 As soon as I had my reservation to see the performance, I tried to get as much information as I could, by scouring the official website and looking over the documents from my class. I was a little nervous, too: unlike some other performance arts that can be casually enjoyed, I felt that kabuki should be seen on a special day and in a special state of mind. In the olden days, kabuki might have been considered the common man’s art, but nowadays it’s given much greater value. That being the case, I wanted to know what I should wear to a performance, what kind of manners and rules needed to be obeyed, so I asked the professor of my “Traditional Performance Arts of Japan” for some advice. My professor explained that enjoying the show was more important than anything, but that I should familiarize myself with the general storylines of each of the plays in advance. 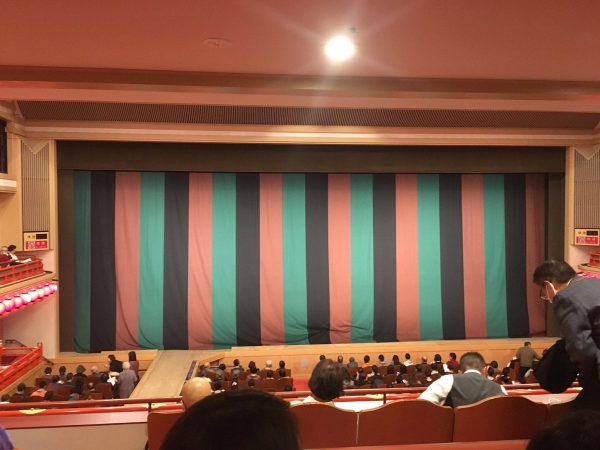 My impressions of the real-life kabuki stage

My seat was in the third row of the second level, where I had a view of the entire stage. Aside from the main stage, there was a “hanamichi” on the left side of the stage (a long platform extending from the main stage into the seating section), forming a shape like the Japanese character “コ.” I thought this, too, was a unique characteristic of the theater: I’d been imagining a space like a movie theater, with the seating simply radiating out from the stage. Instead, the seating arrangement struck me as very Eastern and traditional in style. It’s also something I never would have realized if I hadn’t come to see kabuki for myself. 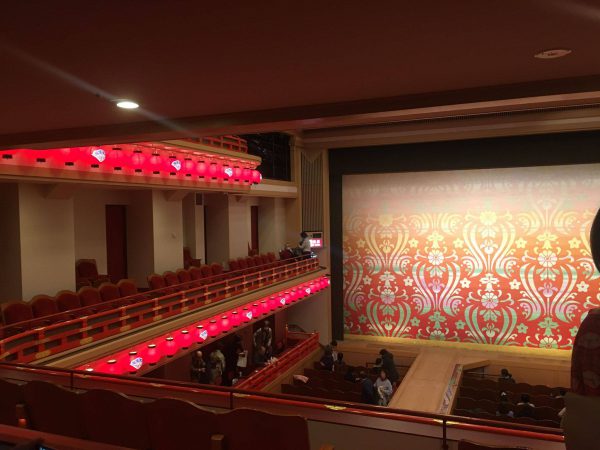 The performance began at 4:00 p.m. and lasted until 9:00 p.m., with 4 plays continuing in succession. The four plays at this performance were, in order, Horikawa Nami no Tsuzumi (“The Drum of the Waves of Horikawa,” a historical drama), Tsuri Onna (“Fishing for Wives,” a short comedy), Sakana-ya Sougorou (“Sōgorō the Fishmonger,” a domestic drama about common people, considered a modern play when it was performed during the Edo period (1603-1868)), and Echigo Jishi (“The Lion from Echigo”, a dance).. There are intermissions between each, and it was explained that buying a these intermissions is another part of kabuki culture. 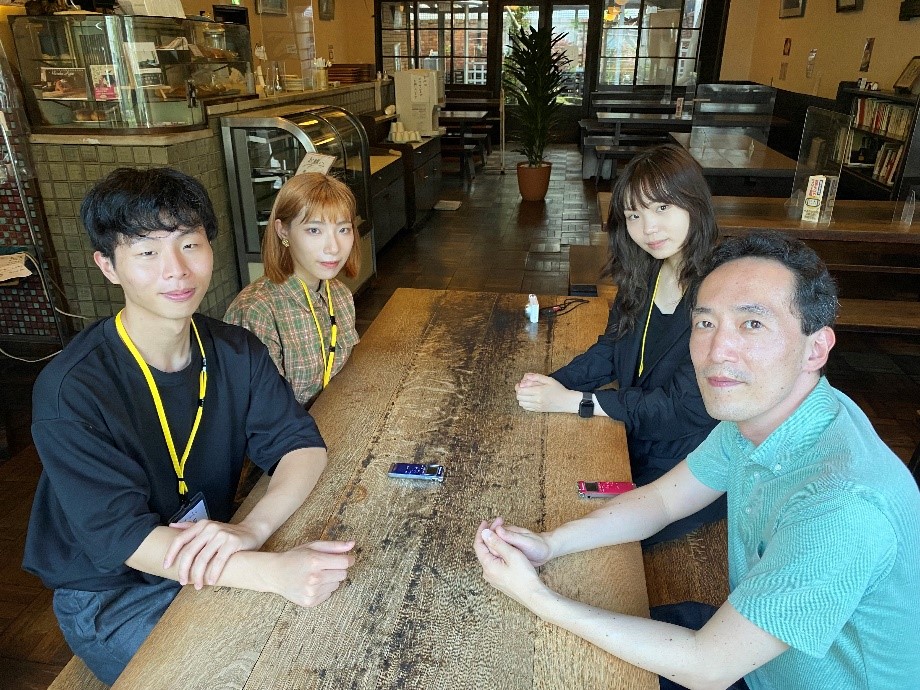 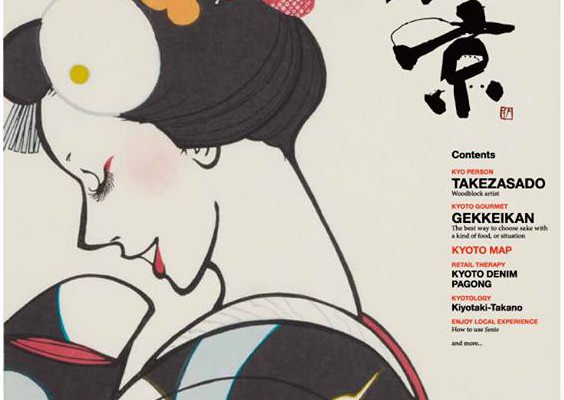 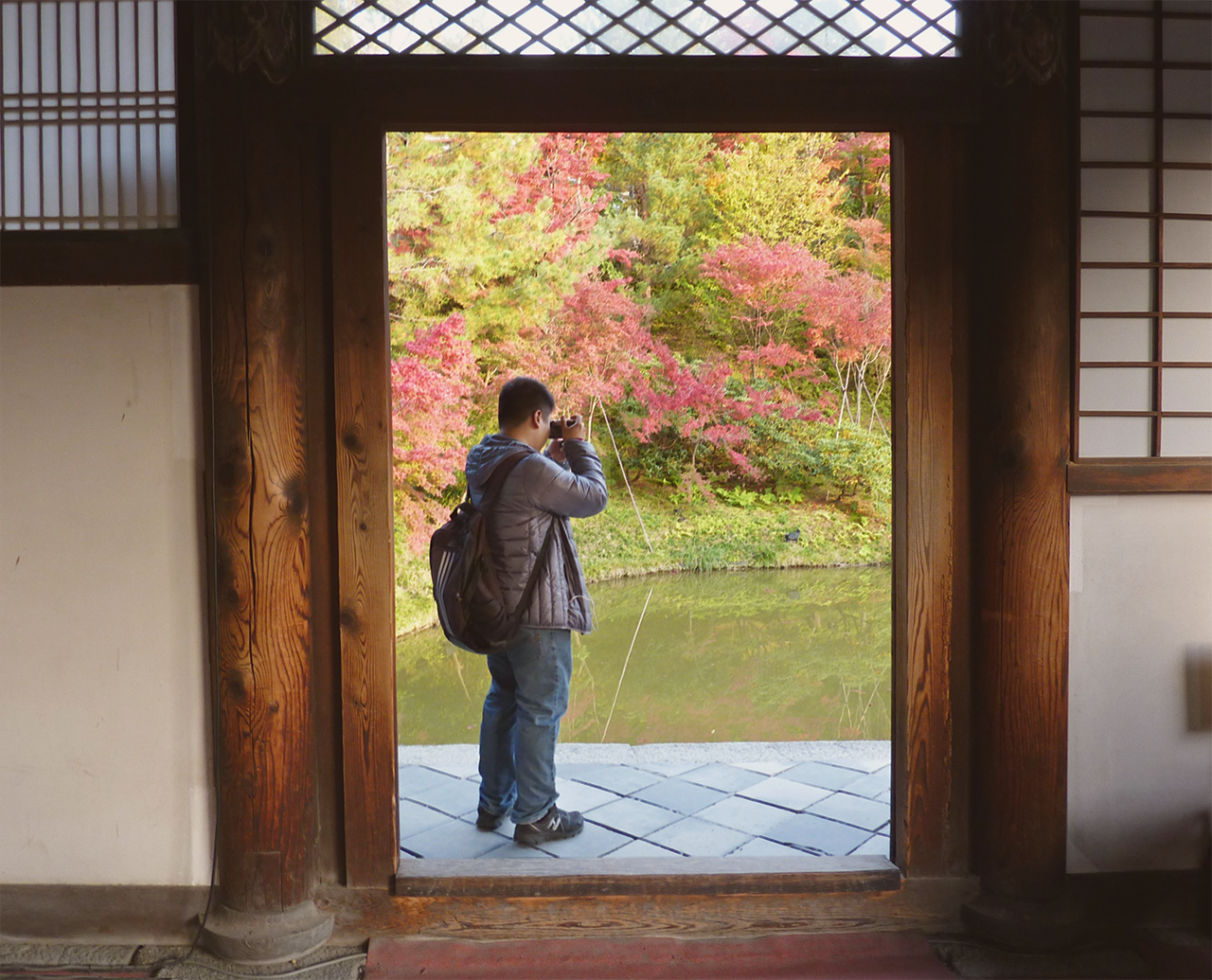