Please take a listen to opinions directly from international students.

Why did you decide to study in Japan, and in Kyoto in particular?

Well, I was studying at a Japanese language school in Hiroshima before I came to Kyoto, and I quite liked the atmosphere. I knew that I didn’t want to live in a big city like Tokyo. I thought that Kansai, and Kyoto in particular, had a similar atmosphere to Hiroshima, so that made it attractive. I had also been looking into Ritsumeikan University for a while, though at the same I didn’t know they had a campus in Shiga, so it was only after I came that I realized I would be in Shiga. “Darn it, I wanted to be in Kyoto!” I thought. (laughs)

I was interested in Ritsumeikan for its history, and its connection to Chinese culture: the university has a Confucius Institute in its Kinugasa Campus in Kyoto, although not at its Biwako-Kusatsu Campus (BKC) in Shiga. So that drew me in.

I studied in the Economics Department at Ritsumeikan University’s BKC.

I have strong memories of my senior seminar professor, who was very kind. We often went on field trips traveling here and there with this professor, to places like Wakayama or Tottori. Some of these trips were for class, but we also just went out to eat, and explored the city of Kyoto. This professor knew quite a lot about Kyoto culture, and he introduced a lot of it to me. My first experience eating kaiseki cuisine (a traditional, formal course meal) was with this professor.

There were also some other friends of mine in the same seminar who were also from China. We’re still connected on Facebook, and most of them are still living in Japan today. I think a lot of them were also probably influenced by our professor: through him, they came to really love Japanese culture. 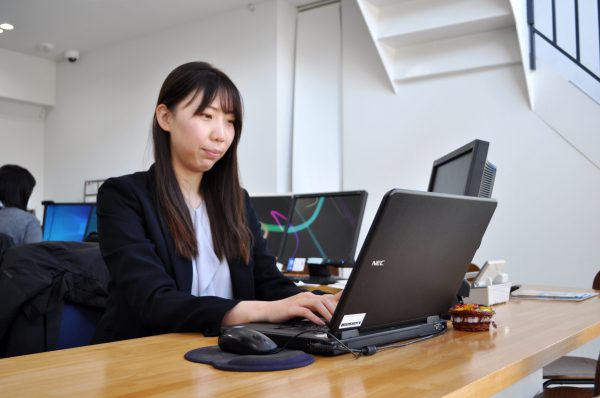 How did you go about job hunting?

Back then, I actually wanted to go to grad school and get an MBA, so I wasn’t really doing much job hunting. I thought I wouldn’t have been very good at the whole job hunting thing. In preparation for doing an MBA, I consulted with a number of professors, and in the end, based on their advice, I realized that most people who do MBAs are working professionals, CEOs, or at least people with some working experience. My professors told me that if I went straight into an MBA program then, I probably wouldn’t understand a lot, and they suggested I look for a job and enter a company first.

I was a bit worried about my age, too, since I graduated at 25. After two years of graduate school and two years of an MBA program, I would be 29, which would make first-time job hunting as a “new graduate” difficult in Japan. So I decided to give up on my original plan, and turned to job hunting pretty late, around the end of the year. I found a telecom company at an information session, and I was lucky enough to get an offer from them. I worked there for about a year, and went through training with all the new hires to learn about Japanese business manners. After that, I changed jobs to come to Flat Agency.

How did you learn about your current company? Why did you choose to work there? 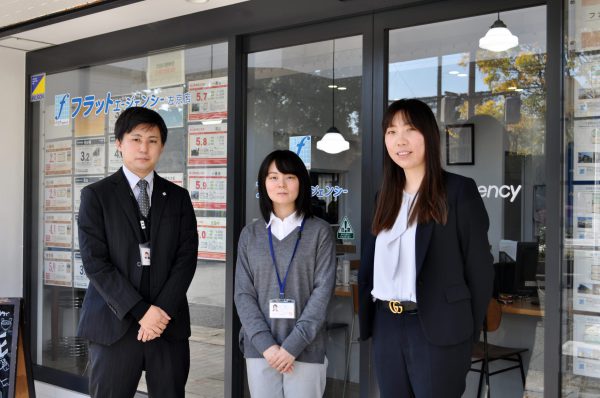 My main responsibilities are in sales, and I manage both international students, as well as Japanese customers. I think I feel a lot of satisfaction in my job when I’m able to successfully match a customer with an apartment that they’re happy with. Another thing that’s motivated me recently is getting certified in Japan as a real estate notary, which I was able to do the year before last. I’m pretty proud of myself for that, because it’s a certification that Japanese people have to work quite hard to get, too, and not only did I receive it as a foreigner, but I’m the first foreign employee in my company to do so. It’s something that will help bolster my career in the future, too. 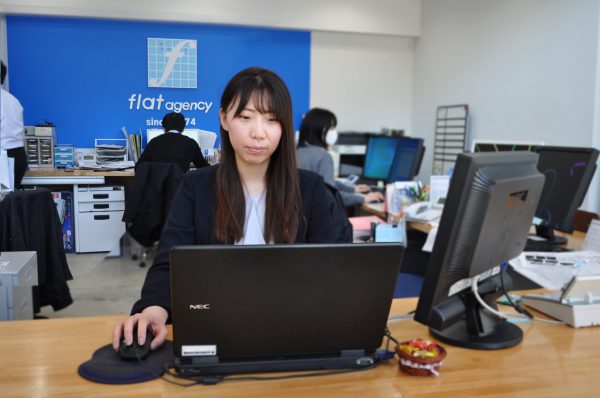 I think it’s fair to say Kyoto is a university town [because it has so many schools]. Each school has its own culture and unique characteristics, so I think there’s something for everyone. There’s a lot of traditional culture in Kyoto, too, and it’s a historical city, so I think it’s a wonderful place to come study.